We offer the only 12' Snooker Table in New England!

At The Billiards Café, our Snooker table is 6'x12'
and is completely redone!

We recommend you call us to reserve a time. Contact Us! 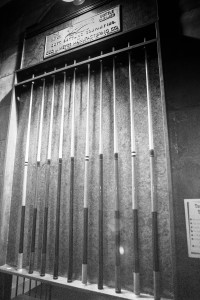 The Snooker Ladder at the Billiards Cafe' is a way to learn snooker, meet new people, and shoot with players of varying ability. The Snooker Ladder is simply a group of snooker enthusiasts who play matches in a casual way.  Match scheduling is very flexible and is decided by the players themselves.  Players may choose to meet for a snooker match at any time they find convenient, and everyone may play as much or little as their schedule allows.

Snooker is a cue sport that is played on a large green baize-covered table with pockets in each of the four corners and in the middle of each of the long side cushions. A regular (full-size) table is 12’ × 6’ (3.7 m × 1.8 m). It is played using a cue and snooker balls: one white cue ball, 15 red balls worth one point each, and six balls of different colors: yellow (2 points), green (3), brown (4), blue (5), pink (6) and black (7). A player (or team) wins a frame (individual game) of snooker by scoring more points than the opponent(s), using the cue ball to pot the red and colored balls. A player wins a match when a certain number of frames have been won. Snooker, generally regarded as having been invented in India by British Army officers, is popular in many of the English-speaking and Commonwealth countries.

Corner Pockets and side pockets are the same size and are significantly smaller than pool pockets. The ball enters the pocket after passing through a curved gateway, which is a continuation of the cushions. Unlike pool rails, pocket facings are not needed. American snooker tables have "V" (or pyramidal) shaped cushions. Stepped rubber or "L" shaped, is used more commonly on British tables. Both style cushions play about the same.

In most snooker games, 15 red balls PLUS 6 numbered balls with a value of 2 through 8 points and a cue ball are used. The table is marked with a "D" at the bottom (which is called the head end in pool). The rack of 15 red balls is placed at the top (foot end in pool). The numbered balls are placed on their particular spots and are returned to these spots after being pocketed or "potted".

Snooker cues can be 1, 2, 3, or 4 pieces. 1 and 2 piece cues are very similar to pool cues and some snooker players use pool cues. A 3 or 4 piece cue has an extender, which can be attached for longer shots due to the larger table sizes and avoiding use of the spider (bridge). Lengths are between 57" & 63" without the extensions. Shafts are usually made of ash. Snooker cues have smaller tips between 9.0 and 11mm. The accuracy of a smaller tip on a smaller (than pool) ball is necessary. The shafts are thinner. Snooker cues do not have the linen wrap pool cues have. They also have one flat face on butt to help the player orientate the stick for play.